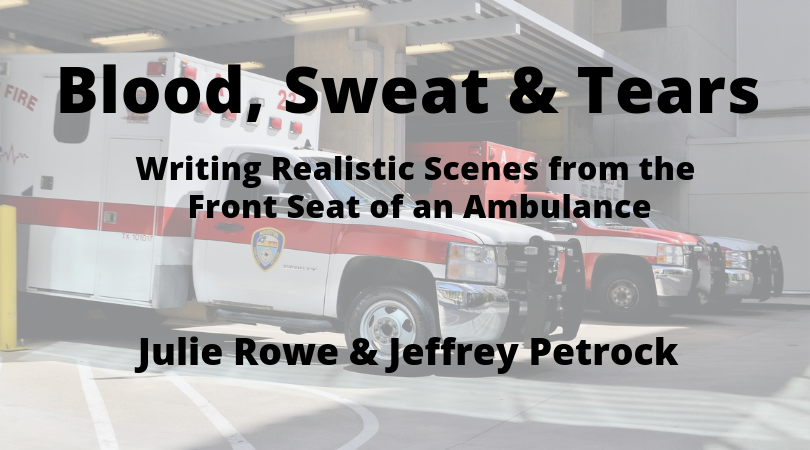 Blood, Sweat, and Tears – Writing Realistic Scenes from the Front Seat of an Ambulance

This workshop is taught in tandem between Jeff Petrock and his favorite mother-in-law Julie Rowe. The pair pull no punches and participants can expect gruesome details, detailed critiques, and mildly bad language.

Full-time author and workshop facilitator, Julie Rowe’s first career as a medical lab technologist in Canada took her to the North West Territories and Fort McMurray, Alberta, where she still resides (despite a wildfire forcing the entire city to evacuate on May 3, 2016). Julie’s debut novel, Icebound, was released by Carina Press on Nov 14, 2011. Ten novels and eight anthologies have followed. Her most recent titles are the MEN OF ACTION boxed set and VIRAL JUSTICE book #3 of the Biological Response Team series. Julie’s articles have appeared in magazines, such as Romantic Times Magazine, Today’s Parent magazine and Canadian Living.

Julie facilitates communication workshops at Keyano College in Fort McMurray, and has presented writing workshops at conferences in the United States and Canada. She’s also a strong supporter of life long learning and moderates a free announcement loop for the promotion of online classes, workshops and webinars.