Clans of Ireland Beyond the Pale 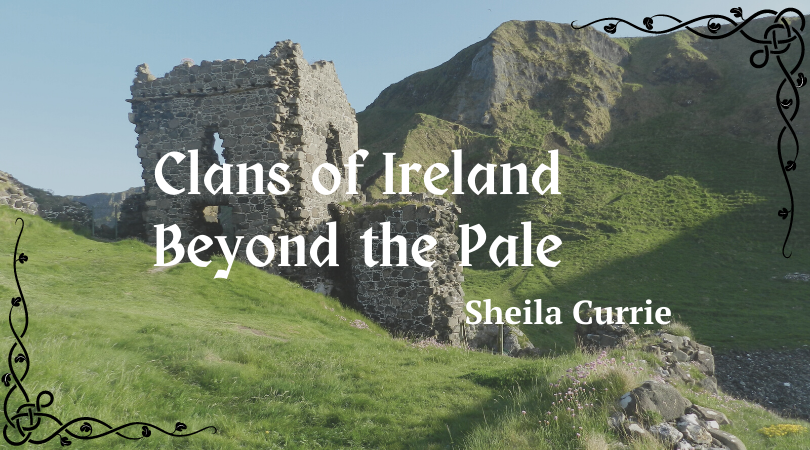 Ever heard that expression ‘beyond the pale’? Someone behaves dreadfully and someone else says, ‘tsk, tsk, that’s beyond the pale’. The English administration in Ireland coined that phrase about the ‘wild’ Irish. Wild? Why and what was the Pale?

Ireland has clans too, not just Scotland. Clan comes from clann, the Gaelic word for children or descendants. The Gaels of Scotland and Ireland shared not only a language but also culture and law. What you know about Gaelic Scotland (the Highlands), may also be true about Gaelic Ireland.

The land was sacred to the Gaels. The Gaels believed that every bump and dip in the landscape had a story to explain its existence. Fionn, a giant, picked up a clod of earth to throw at his enemy. The hole left in the earth filled with water and is now called Lough (Lake) Neagh. Fionn was likely a pagan god in origin.

Between 1400 and 1700 Ireland changed from a Gaelic land to one conquered by the English. Your readers want a great story, but often they will expect to learn something about the country or period in which your novel is set. You will learn what you require from this course.

The meanings of place names, named for the activities of the ancient gods

Who should take the course:

Lesson One: The Ancient Stones of Ireland

Lesson Four: Beyond the Pale