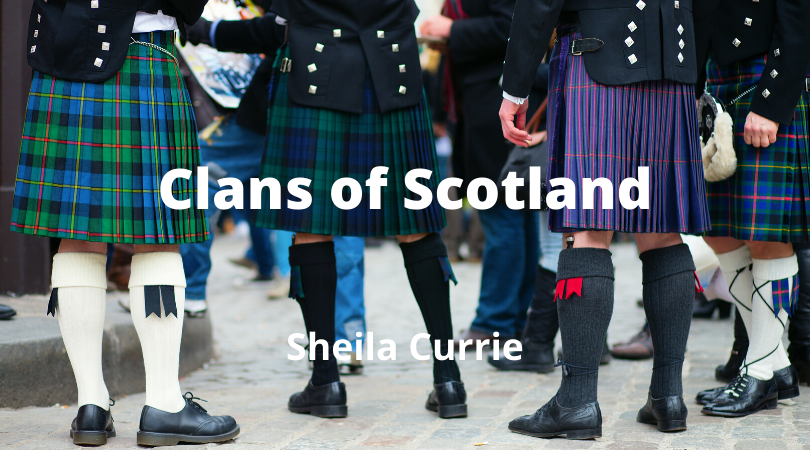 Want to write a novel set in Scotland? A New York Times bestseller?? How about a series? Scottish stories are wildly popular after the successful novels of Diana Gabaldon: Outlander, Fly in Amber, Voyager, followed by six more huge books which tell the adventures and trials of Jamie Fraser and Claire.

Gabaldon placed her story in the mid-18th century at the end of the clan system in the Scottish Highlands. Her characters bravely fought the last of the Jacobite rebellions. In this course you will learn about the background, the 16th to 18th centuries, which led to the tragic defeat at the battle of Culloden.

What made Highlanders so attractive to readers all over the world? Welsh people wonder. After all they too speak a Celtic language. Just because Highlandmen wear kilts? Yes! However, the kilt is not an ancient garment. Want to know more?

If you were to visit Edinburgh in the 18th-century, you’d find out that Lowlanders thought Highlanders savage, a ready source of rebels, far less civilised than the ‘red Indians’ of the New World. Tartan or any chequed fabric was associated with Highlanders and the Lowland poor. Ministers of religion complained that women could hide under a tartan shawl and go to sleep during sermons. You’ll learn how the Highland image was ‘rehabilitated’ in the 19th century.

Sheila Currie will provide information about the names of the clans, their locations, and their feuds and fights. You’ll also gain insights about daily life: making a living, keeping families strong and how to marry. Marriage was different in the Highlands. Very different.

How do you know you’re in Scotland when you read a Scottish novel? How much background should you include? Will you sprinkle a little magic in your story? Writing a great Scottish story means more than a list of dates. Blah. What are the sources for learning all this? Yes, you need history, but also folklore, a few words of Scottish Gaelic, customs, and insights into the society of the Scottish Highlands—the clans.

Every lesson will include questions or writing exercises to help you write a very special Scottish novel. You’ll also receive research projects, writing exercises and feedback as well as a chronology and bibliography.

The origins and history of:

Lesson Seven: A taste of Ireland