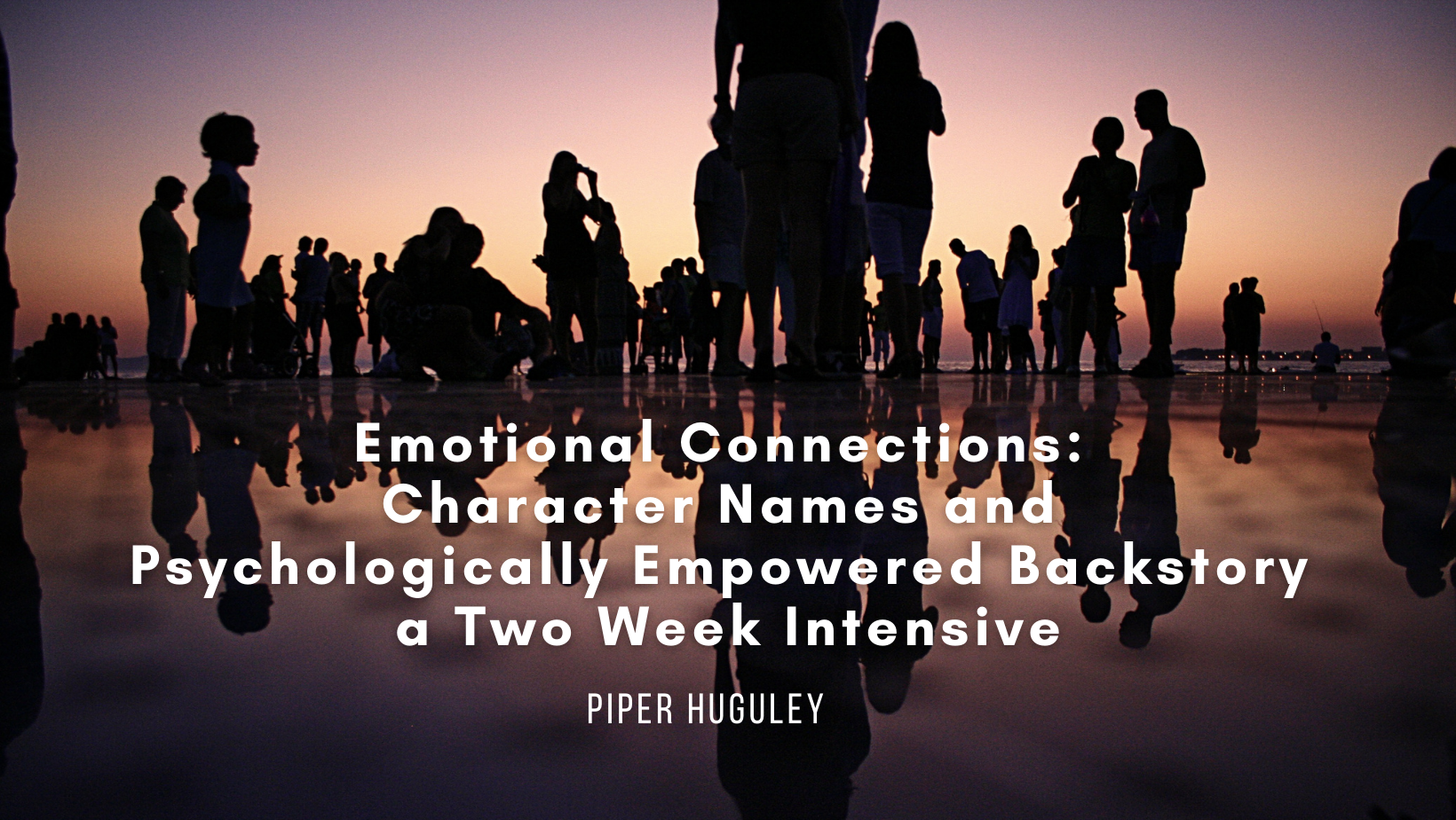 Kendrick Lamar said, "If I'm gonna tell a real story, I'm gonna start with a name."  Twenty-first century audiences demand deep, emotional connections with characters. Authors have learned how to use writing techniques to  foster these emotional connections, but authors who randomly name their characters are missing a prime opportunity to create more emotion, more impact, and more resonance in their stories.

In this two-week course, an English professor will share with you how careful selection of your character names will help you to connect with your characters in a more intimate way. You'll develop a process of using character traits, backstory, and attributes to carefully select character names for your next project so that you don't have to resort to posting calls on Facebook to ask readers to name your characters.

You’ll develop a character for a potential project, name the character, and develop the backstory of the character. We’ll also talk about the recent phenomenon of #MyNameIs and explore how people who have explained their names in these posts can help add layers of meaning to your character. Finally, we’ll talk about last names and how to create pleasant and/or meaningful combinations of first, middle and last names for your character.

This Class is a Name Game Changer!

This class was so helpful to me. I have a tendency to name my characters names that all start with the same letter in Family Saga's and Piper showed me how to break the habit.
Piper provides tools, resources and instruction on how to find not only a meaningful name for your character's first name as well as ways to find varied of date bound (historical) last names.
Everybody Needs a name and everybody needs this class!