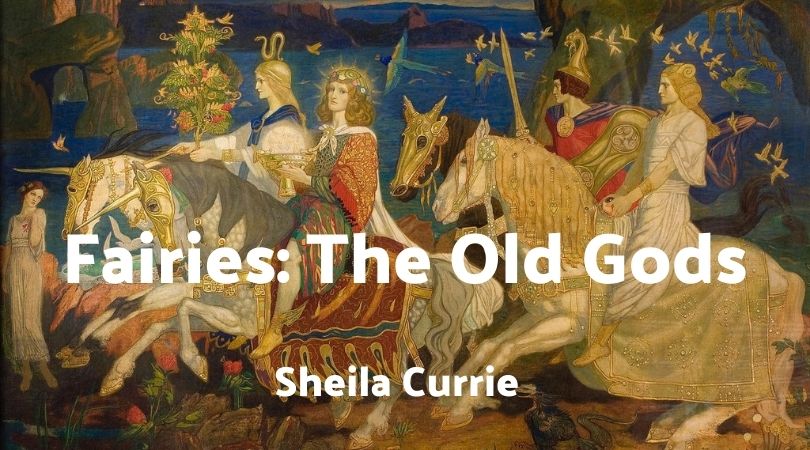 In England, before the Norman Conquest of 1066, fairies were called elves. Fairy is a word borrowed from French. Walt Disney would have you believe that fairies are sweet little creatures with wings and wands, helpful entities like Tinkerbell and the Tooth Fairy.

In many lands people believe it's not wise to go about your business in a manner which offends them--they are touchy. Dead scary in fact. J.K. Rowling introduced her readers to bogles, ashwinders, chimaeras, and, of course, elves.  Tricky folk.

So why believe in fairies?

Some say the idea of fairies was just too useful to be abandoned. Some say they're still around because they are the old gods of the Celts. They can do what they want. But what changes they have undergone! Lugh, the powerful sky god good at doing many things, has become the luprachan (leprechaun), the little fairy good at making shoes. Mind you he is still devious--he guards a pot of gold, you know.

Fionn MacCumhaill is a giant in fairy tales, responsible for creating the Giant's Causeway in the north of Ireland and Fingal's Cave in Scotland. And did you know that Highlanders don't believe that ghosts, the spirits of the dead, inhabit the houses (and castles) of the living? Nope. Their homes are 'haunted' by other equally benign or frightening beings. You will have information about kelpies, selkies, the washer woman of the ford and many other supernatural entities.

Resources you will have:

A comprehensive bibliography and webology

1. Creatures of the Air

Fairies 5: The Fate of the Ancient Gods

A Wealth of Information

I love Sheila's classes. She provides an abundance of information on the topics as well as links for more research to go as deep as you need. If you want to write anything about fairy like creatures or want to know about any of the topics listed in the lessons, take this class!