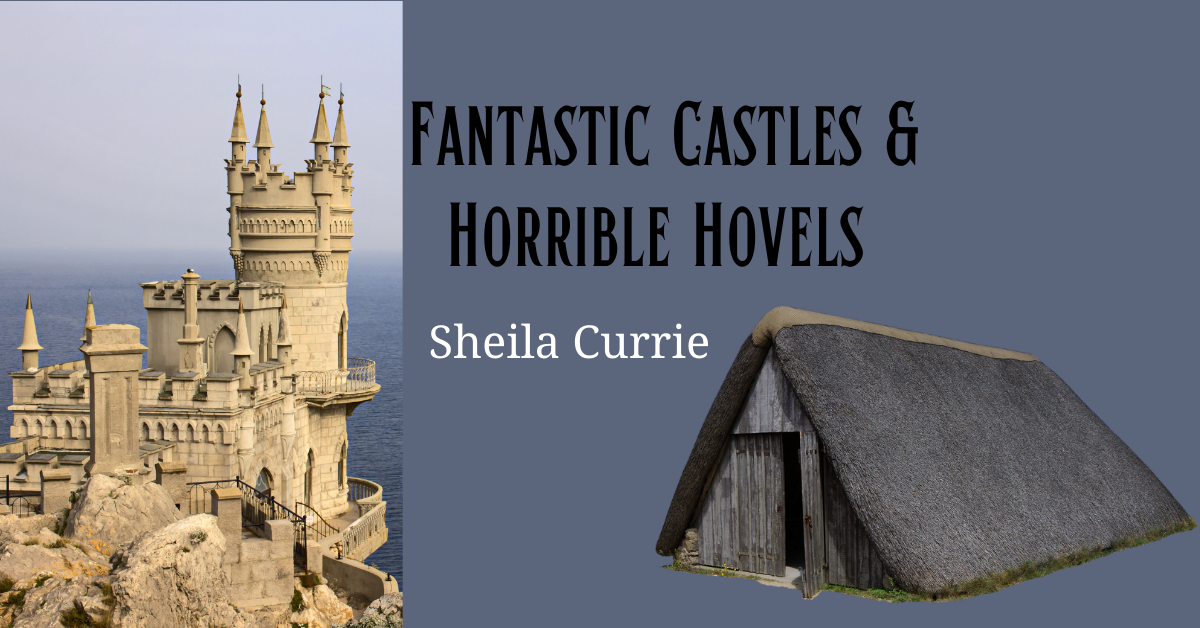 Castles cover the landscape of Europe. Many have lasted because they are built of stone, but it takes some imagination to see how they looked when they were the homes of the wealthy and powerful. Wherefore this course.

A castle was a fortified structure, the home and administrative centre of a magnate (great man) or king, and the garrison meant to protect them. Few women lived in a castle except for the castellan's wife, daughters, and a few female servitors including the laundresses.

William the Conqueror used motte-and-bailery castles, wooden towers built on an artificial mound, and successfully held England after the battle of Hastings. Why didn’t he built stone castles right at the start?

Even when castles were no longer deemed necessary, the great houses resembled castles with battlements, towers, turrets and curtain walls. What made them vulnerable to siege weapons? In other words, what was the real thing?

This course concentrates on the castles of Britain and the people who inhabited them: lords and ladies, their servitors and dependents. Self-quizzes and simple research projects to generate story ideas are optional. Discussion and questions are encouraged, but lurkers are also welcome.

You will learn about: