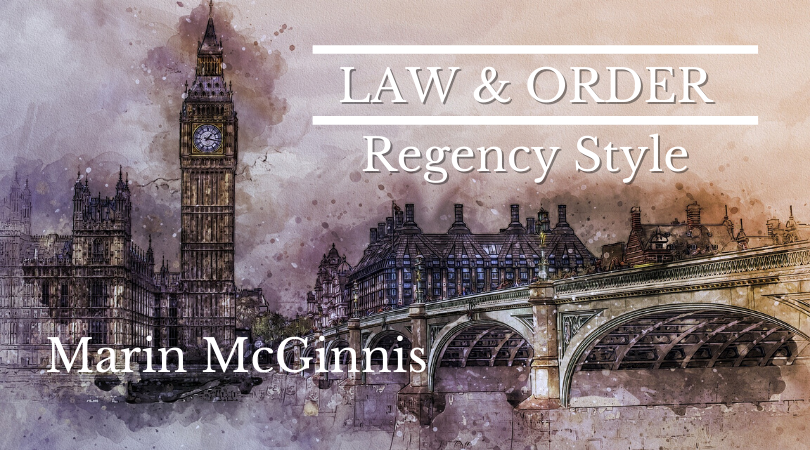 As a historical fiction author, I have researched for years on legal issues my characters have encountered in their stories. In talking to readers of historical fiction, particularly regency romance, I’ve learned that many people have questions about some of the issues addressed in novels, as well as misunderstandings about inheritance and marriage laws (yes, women could inherit property, but they seldom did). But despite all my research, I’ve never been able to find a comprehensive treatment of the legal structure of certain historical periods, so I decided to create one, starting with the Regency era.

This class is designed to answer many of the questions you may have had either reading historical works or writing your own historical fiction. We’ll explore some of the common legal issues of the day, and provide resources for finding more information.

A lawyer by day, Marin McGinnis feeds the more creative part of her soul by writing romance and mystery. She's spent almost half her life in a tree-lined, unabashedly liberal suburb of Cleveland, Ohio. She's been married to the same guy for 25 years, and has one teenage son and three standard poodles.

Marin has dabbled in writing ever since she was in her 20s, but she didn’t finish anything until she hit her 40s. While her very first completed manuscript will forever languish under the bed, Marin subsequently published four Victorian-era romances. She is currently at work on a new historical romance series, a historical mystery series set in the English Lake District, a contemporary cozy mystery series, and a screenplay (because why write one thing when you can write four at once?). In a never-ending quest to ditch the day job, Marin also works as a freelance copy editor and lectures on various writing topics.

When she’s not writing, editing, or lawyering, she’s cooking for family and friends, learning how to (and how not to) bake bread, and spending far too much time watching superhero movies.