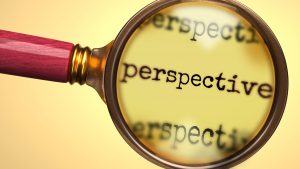 Limited Point of View: Why it will make you a better  writer

The average attention span of readers is decreasing (just 8 seconds online, according to research by San Jose University), which is why it’s so important for authors to engage them the moment they step onto the page, so as to speak. Point of View (POV) is one of the techniques we can use to immerse readers in our story world, but it is also a frequently misconstrued and misused concept.

It causes all kinds of angst in aspiring authors, who often choose (or accidentally fall into) the omniscient POV, with the misguided belief it will provide more storytelling flexibility. But like every story choice, there are pros and cons. While every type of POV is useful in certain circumstances, I believe mastering a limited POV (particularly when you’re new to fiction writing) will make you a better writer in the long run.

I can already hear the cries of indignation from those who love the omniscient POV. I’m not saying one is better than the other, merely singing the educational benefits of mastering a limited POV. Give me a minute to explain.

What is a ‘limited’ POV?

In fiction writing, POV is the narrator through which readers experience the story world. Changing the POV narrator will change what readers hear, see, know, and feel within the story and therefore, their conclusions about the characters and the situation they are in.

While the omniscient POV provides an all-seeing narrative perspective of everyone in the story, a limited POV (i.e. first person or limited third person) only allows readers to experience what a single character sees, knows, and feels.

At first glance this may seem restrictive because the author can’t get into every character’s head and convey what they’re thinking or feeling directly to the reader, but it can also be freeing.

The benefits of a limited POV

Mastering the technique of writing in a limited POV, i.e. through the mind and heart of a single character at one time, will enhance your skills by:

Let’s look at each of these skills in action, to understand how they enhance our writing skills.

The advantage of immersing readers in one character

Letting readers spend significant time with one character, enables them to get up close and personal with that character. It gives them time to truly get to know what the character’s life looks like, where they came from, what they want at present and why.

Instead of straight up telling how the POV character feels about a situation, you can explore how they came to be in it, how it makes them feel, why it affects them that way and what they’re going to do about it. All of these wonderful details bring a story to life in vivid colour and emotive sensations.

This deep immersion supports readers to be interested enough in the character to spend eighty-odd thousand words following their journey. It also allows the author scope to fully explore what the character thinks about their situation, what they desire and are motivated by, as well as what troubles and frightens them.

It’s the perfect environment for readers to develop a close enough relationship with the character to care about what happens to them. To laugh with their joy and cry for their sorrow. To experience your imaginary world exactly as the POV character does.

Sticking inside a single character’s heart and mind, also forces authors to resist telling what other characters in the story are thinking and feeling. In a limited POV you simply cannot flat out state the emotions and thoughts of non-POV characters, which leaves you with no other option than getting creative with showing techniques.

To show what other characters are thinking and feeling, you have to pay attention to body language, minute facial expressions, the connotations of what goes unsaid during a conversation.

One of the most powerful lessons I learnt about storytelling is, no matter what you tell readers to believe about your characters, they will draw their own conclusions based on how the characters behave. Their choices and actions are what really count, and you can certainly come up with interesting and active ways to show these through the eyes of the POV character.

If the POV character is Jane and she’s arguing with Bob about who broke the priceless vase, then no matter how tempting it might be, you cannot write: Bob was angrier that a nest of bull ants.

Jane can’t possibly know what Bob is feeling or thinking. So, the author needs to think about what Jane can realistically see, hear, feel or know about Bob. You could show his anger like this: A red flush raced up Bob’s throat, across his clenched cheeks and drew her attention to his narrowed eyes. His hands balled into fists be his side and Jane took a step backwards. This argument was getting out of hand.

The reader still understands how angry Bob is, but through Jane’s eyes, not inside Bob’s head.

Swapping from one limited POV character to another too often is called ‘head hopping’ and it can be distracting for readers because it’s not clear who they should be immersed in. [Note: head-hopping isn’t the same as omniscient narration.]

Head-hopping is potentially a problem when authors choose to have multiple POV characters in a story or haven’t yet mastered POV.

She was speechless, holding the phone with a shaking hand. He had found her despite her best efforts to change her name and hair. He chuckled meanacingly at her silence, knowing how her lush lips would be gaping. She'd thought she was so clever running and hiding.

Things like head hopping and telling can confuse readers or distance them from critical elements and/or characters in the story, which is opposed to our goal of engaging storytelling.

Learning how to write in a limited POV (like First Person or Limited Third Person) pushes new writers to show what non-POV characters are thinking and feeling in interesting ways, and allows them the time to fully immerse readers in the story journey of one character at a time. These skills expand your creative repertoire and give you greater control over the way readers interact with the story world. Sandy Vaile’s July workshop, Master Story Point of View, is the perfect opportunity to experiement with POV in a safe environment, explore what it can do for your writing and figure out which POV suits your story.

Sandy Vaile is a motorbike-riding daredevil who isn’t content with a story unless there are a courageous heroine and a dead body. She writes romantic-suspense for Simon & Schuster US and empowers modern writers to produce novels they can be proud of (and that get noticed by agents and publishers).

Sandy is an experienced course presenter with a decade of experience in the industry, and prides herself on providing a nurturing learning environment that enables participants to truly absorb the material and apply it to their own work.