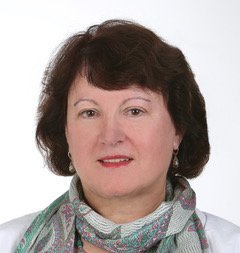 The courses offered by the Lawson Writer’s Academy were a revelation to me—they are a guarantee of high-quality writing. The academy’s toolkit includes everything about writing craft, websites, marketing, and publishing. Wow. Everything to provide writers, newbies and seasoned, with inspiration, encouragement and knowledge. This is a smart home for writers.

I’ve taught courses on Roman and Celtic Britain, Picts and Scots, Medieval Ireland, the Viking Age, the Scottish Highlands and the like. Now I’m pleased to share my knowledge of history and folklore with other novelists.  As you would expect I give political, social and economic backgrounds—with lots of nitty gritty.  I cover things like:

I like to provide information you’ve never heard before—unless you’ve read through my library. Let me save you some time. And in my courses, be prepared for surprises.

Supernatural beliefs give your characters exotic ways to get themselves in and out of jeopardy. You can refresh a trope with a new background. Add zing to your writing.

Add a dash of magic too.

For thousands of years people used magic and witchcraft to make life go smoothly. People could arrange for offerings to appease their gods in case they unintentionally offended the deities. Magic worked by changing the nature of things or the course of events. Divination was a special type of magic to show the possibilities of the future.

While many westerners believe that Islam is the only religion in Iran, Zoroastrianism, a far older religion, has survived to this day. Zoroaster lived in the 7th century BC and his piety and teaching attracted many followers. He believed that Ahura Mazda was the god of life-giving goodness, and Ahriman, the god of life-destroying evil. Persian kings  adopted his religion and it spread widely within and outside Persia. A priest of Zoroaster was a magus.

Ancient Romans and Greeks thought the Zoroastrian priests were sorcerers and quacks out to make their fortunes. According to Acts 8:9-21 in the Bible, Simon Magus was baptized a Christian, but the apostles questioned his sincerity. He tried to buy the power of laying on hands from Peter. In the apocryphal Acts of Peter, Simon flew above the forum in Rome, but Peter prayed that he lose the ability to fly. Simon fell to the ground and was stoned to death. In another version of the legend, the emperor Nero kept watch on the body of Simon in the expectation that he’d be resurrected.

The Church accepted the use of good or ‘white’ magic for centuries after most of Europe converted to Christianity. However, that changed in the Later Middle Ages and magic and witchcraft were deemed heresies. The 15th century Malleus Maleficarum (The Hammer of Evil) justified the interrogation and persecution of witches. By the 17th century they were persecuted in large numbers in a few towns in Scotland, England, France, Germany and the colony of Massachusetts. Why is the big question.

Some of the worst witch executions in Europe took place in the burghs (towns) of Scotland. In North Berwick near Edinburgh King James VI of Scotland (later James I of Great Britain) attended the trials of many witches and made sure they were executed—unless they were pregnant. He thought that he and his Danish bride were almost drowned in a storm when they crossed from Denmark to Scotland. And he believed that storm was brewed by witches. His book Daemonolgie, a treatise on black magic and witchcraft, may have influenced Shakespeare’s Macbeth. ‘Eye of newt, toe of frog’ and all that.

After the Restoration in 1660, trials indicate what was required to prosecute a case of witchcraft, and usually the safeguards in place prevented many executions.

Sir George MacKenzie of Rosehaugh, the nephew of the 2nd Earl of Seaforth, became Lord Advocate of Scotland. As a justice-depute he had experience in witch trials. He doubted the power of witches to do evil, and was reluctant to prosecute them and condemn them to death.

In Gaelic Ireland and Gaelic Scotland (the Highlands) there were no executions. People were terrified by witches, but they did not kill them. Iain Garbh, the chief of the Macleods of Raasay, drowned in April 1671 on his way home after a visit to Mackenzie of Seaforth on the Isle of Lewis. His galley was sunk through the evil of several witches hired for the purpose; Spòg Bhuidhe (Yellow Paw), Gorm Shùil (Blue Eye), and Doideag Dhubh (Black-haired Witch) were their names. Apparently they got away with it. In one version of the story they escaped by shape-shifting into cats.

Speculative fiction provides an escape to a world where, for good or evil, characters have magic power over their circumstances. You can drop your main characters into a world of magic or witchcraft unknown to readers. Let hero and heroine struggle against incredible monsters, let them triumph in the end with the help of a little magic.

Sheila Curie is curious about the supernatural, however weird and woolly. She is not a witch, neo-druid or pagan of any kind, yet she finds the supernatural a worthy subject of study.