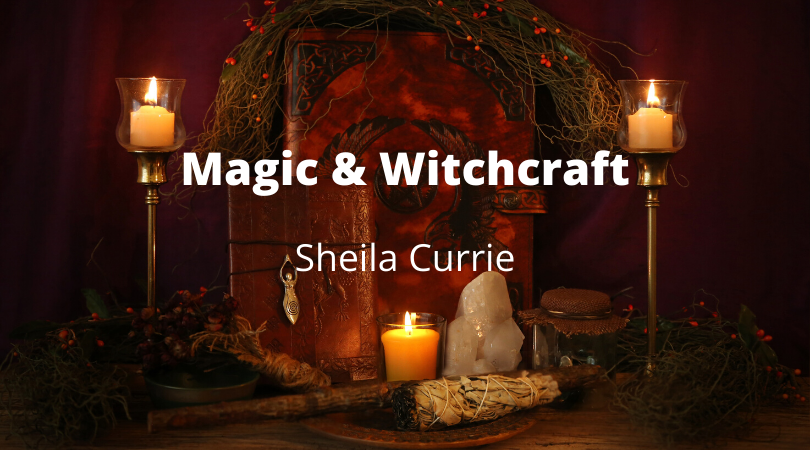 The word ‘magic’ comes from Old Persian, and we are familiar with the Latin spelling magus or French mage. In this course you'll find out why the magi or mages had such an influence on people outside Persia.

The religion of Zoroaster developed in Persia, and the magi, its priesthood, were thought to be quacks by Romans and Greeks. Any priesthood they disliked, they called magi especially druids, the Celtic priesthood.

Romans and Greeks were religious but they were superstitious as well. They spent a lot of time and effort on spells and counter-spells. In the Middle Ages witchcraft developed from beliefs and practices of pagan religion and superstition. As Christianity spread, new beliefs and rituals were blended with with the old. But there were holdouts such as the Norse who became Christian hundreds of years after the peoples of Britain, and kept many ancient beliefs about magic and witchcraft. Trolls and such.

In the 12th century the concept of white and black magic spread widely causing the Church to investigate. As a result witchcraft became those beliefs outside Christianity. A surprising amount of pagan belief was just fine with Christians.

At the end of the 16th century European elites believed that, just as European nations were becoming better organized, the devil made pacts with witches and organized them into covens. The regimes of the 16th and 17th centuries controlled what they considered the deviance of witches by persecution.

Scotland became a persecuting nation in the reign of James VI and, between 1590 and 1700 over 1000 people, mostly women, were executed. The king personally attended the trials to make sure things were done right. However, in the Scottish Highlands, isolated from the European mainstream, witches were feared but not executed. They were too useful and older ways of thinking prevailed. Into the 19th century Gaels performed rituals at the rising and setting of the sun, the making of a fire, indeed, before the start of any activity including travelling. Pagan customs.

The course is wide-ranging with enough detail to give you a ‘taste’ of belief outside religion. The instructor is not a witch nor is she a neo-druid. She is a historian and this course is a history of European magic and witchcraft including beliefs from Greece, Rome, Scandinavia and Scotland.

Research projects will be offered as well as a substantial bibliography. Discussion will be encouraged and comments welcomed.

The course will cover: