Motivation—the WHY of the story

Why does a human tell a story?

Why do any of us bare our soul to another person? There are as many reasons as there are people with reasons, but by translating how humans do it into how characters do it, we can create believable, non-cardboard characters that readers love.

WHY is the question that starts everything off. We know our character NEEDS something, which becomes the goal, and that’s often what we focus on. But WHY that character wants something is the reason for the story in the first place.

What does your character want? And WHY?

Without a strong WHY, the story has no depth—it goes nowhere. WHY did Dorothy want to save Toto from the Wicked Witch? Because Toto was (just guessing here) her link to her dead parents. WHY did she want to go home? Because the “over the rainbow” place was scary as heck. WHY did Neo take the red pill? Because his “normal” life was terrible and he was willing to take a chance on a better one (well, at least one where he was in control). WHY did Maximus kill the emperor? Partially for revenge, of course, but also because Commodus was evil. WHY did Karl want to take his house to Paradise Falls? Because that’s where Ellie wanted to go and it was the only way he could still feel close to her.

Each one of these characters—and I could name hundreds more—are known to the general reading/movie-going public because their WHY was so strong that we remember them.

How do we give our characters a WHY?

It’s not as simple as the HOW to do it, because we use writing techniques (speech, action, body language, and thought) to show the how. But WHY is more nuanced and what we’re actually showing with those character expressions.

Sam wants to buy a new car. We can SEE and HEAR how he feels about it—he’s excited and expresses it in speech (“I love it!”), body language (his eyes dilate and his heart races when he sees the car he wants), action (he lovingly runs a finger down the hood), and thought (Wow! Can I afford this one?). But WHY does he want that car? Is it to have something to attract that pretty girl he’s been wanting to ask to the dance? Or to race cars with his friends?

What if, instead, his WHY is because he needs a car big enough for the new baby? How will he react then? All of his character expressions will change, even if he really likes the new car. But instead, his speech might be “What are the safety ratings?” His body language is cautious (standing back and evaluating). Action? Opening the back doors and seeing how well a car seat will fit. Thoughts? Is it safe enough?

What’s the same? The goal of buying a car. What’s the difference? WHY he’s buying that car. Just that one fact changes everything.

So, when you start writing character, giving them a WHY will also give you the way they will express that WHY.

Questions you can ask your characters to help find their WHY:

Let’s go back to Sam and make up some answers—some of which will create conflict, which is what we want for a character, right?

His life will change because he’ll have “more fun” if he buys that red sports car. But it will also change because his wife is pregnant and the car seat won’t fit in the back seat. So, instead, he looks at a “dull” mini-van with plenty of room in the back. He still wants the sporty one, but he knows he’ll be in BIG trouble if he comes home with something his wife won’t be happy with.

What’s he willing to do to get that sporty car as opposed to the dull mini-van? He knows he’d probably end up divorced. Or, at the very least, he’d end up sleeping on the couch. She might even embarrass him by making him take it back to the dealership, which would really hurt his ego.

But he still WANTS that sports car. What will he do WHEN he buys it? He’ll probably lie to his wife about how he couldn’t afford the mini-van and that they can find a car seat that will fit and be perfectly safe.

What would happen if he doesn’t buy the one he really wants? He’ll probably be resentful and angry for a while. After all, he really didn’t want to start a family yet. He’s too young to be a dad, and all the selfish things he might think.

(Please don’t think I’m anti-men! But my brother did exactly what I’m describing when his wife was pregnant the first time. He whined and sniffled about that amazing car he wanted but finally bought the mini-van. Probably just as well, since they went on to have five more kids and a mini-van barely fit all of them. But, as soon as the last kid was out of the house, guess what he bought!)

Do you see how it works? Just with a tiny bit of thought, we’ve created a character who is realistic, believable, and very motivated.

And, you can understand WHY he’s acting and reacting in the way he is.

So. How do you allow YOUR characters to express?

Sarah (Sally) Hamer is eternally fascinated by people and how they ‘tick’ and works hard to incorporate individual idiosyncrasies to create living, breathing characters in her many works of fiction. She writes in many genres – mystery, science fiction, fantasy, romance, medieval history, non-fiction – and has won awards at both local and national levels, including two Golden Heart finals.

A teacher of beginning and advanced creative fiction writing and screenwriting at Louisiana State University – S for over ten years, she also is a book coach, with many of her students and critique partners becoming successful, award-winning authors. 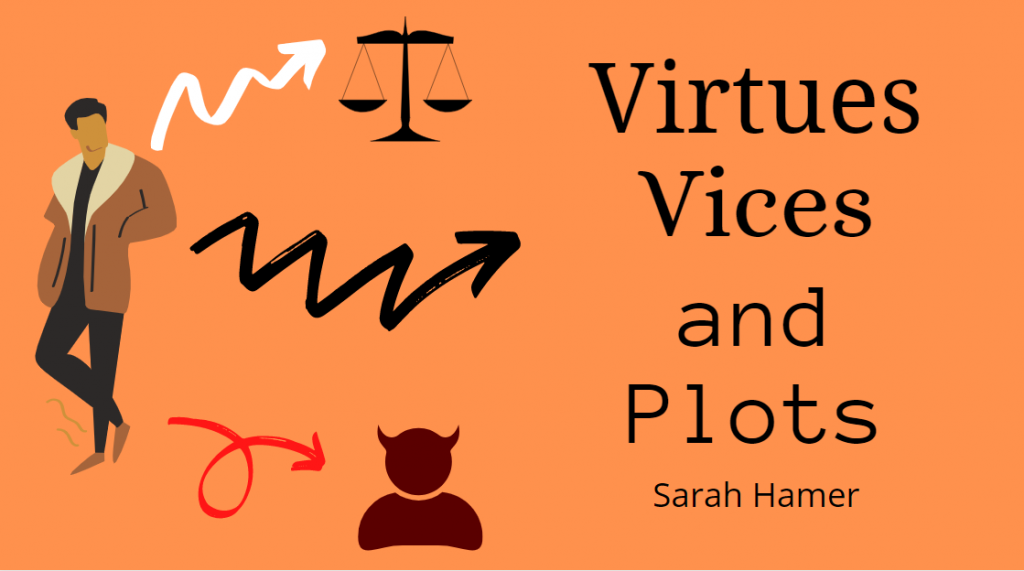 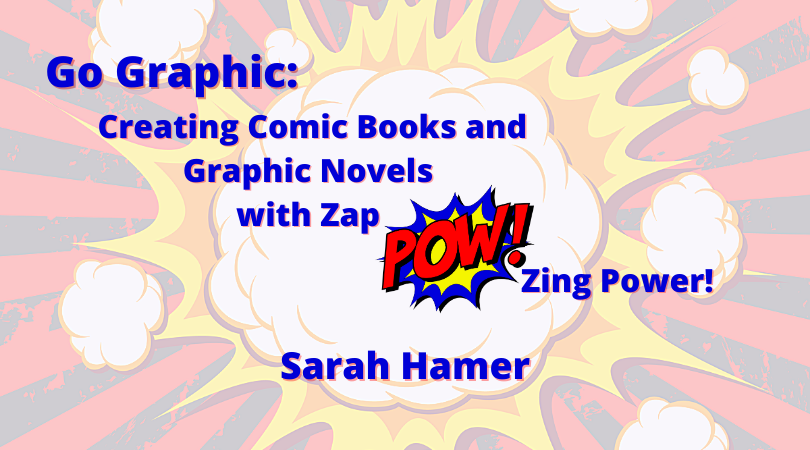 Comic books and graphic novels are nothing new but, in today's publishing world, they've become... 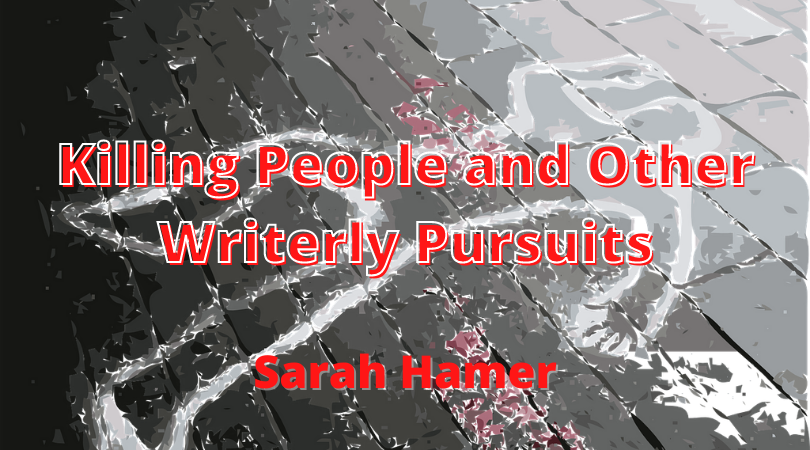 Killing People and Other Writerly Pursuits

So you have a character you're just dying to kill. Maybe he is a real... 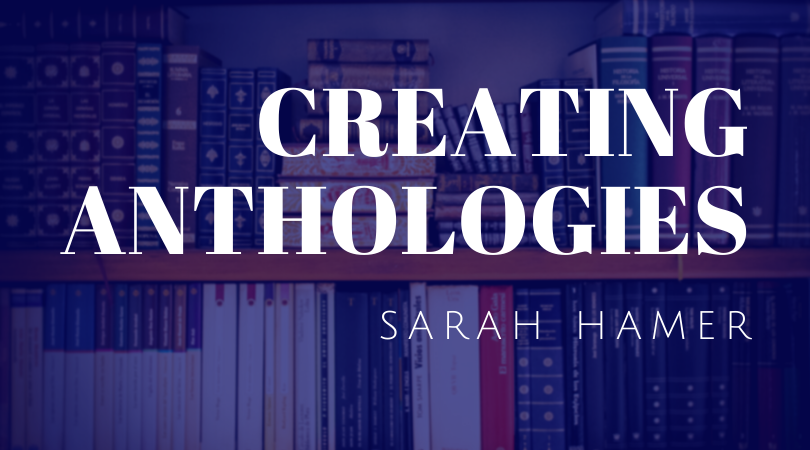 Anthologies are the "hot" item lately, giving authors a chance to collaborate and create amazing... 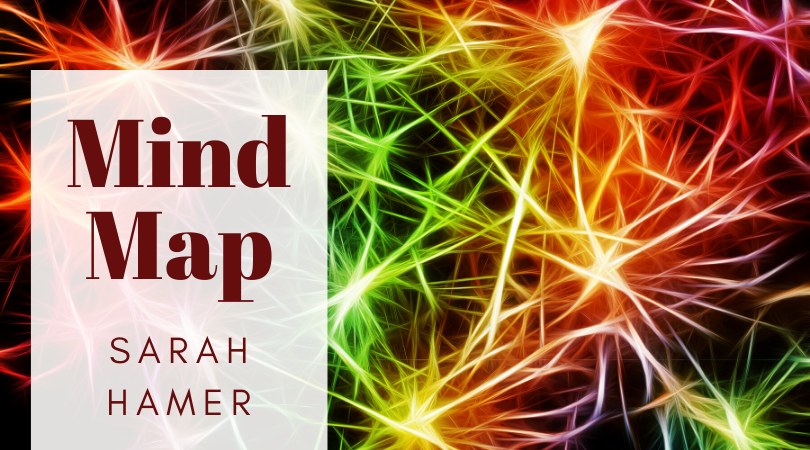 Mind-mapping: Using the Way We Think to Create Story Are you a pantster or a... 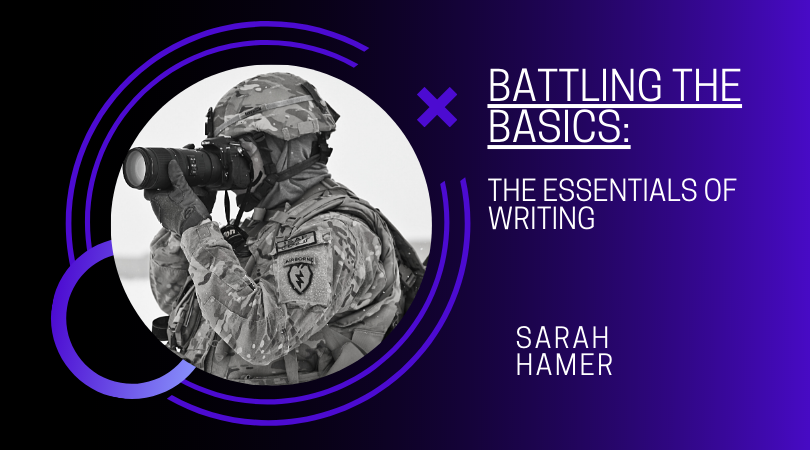 A mechanic doesn’t pop the hood for the first time and immediately know what’s wrong...

Image by Ernie A. Stephens from Pixabay