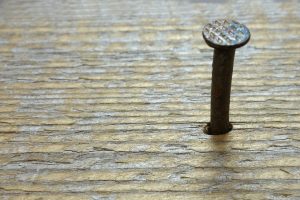 Stephen King reflected on the magnitude of a novel’s introductory sentence. “An opening line should invite the reader to begin the story,” he said. “It should say: Listen. Come in here. You want to know about this.”

I’m not saying a killer first line will get you an agent, get your book sold, or make it a NYT bestseller. But it sure won’t hurt your chances, and I’d make a case that a book that achieves all the above, more often than not, has a great first line.

Why? A first line is a promise to the reader, telling them what kind of book this is. What your voice is like. Maybe who the main character is. A good first line will pull a reader into a story.

But how do you do that? Here are some suggestions:

A contradiction or opposite of some kind, something unexpected.

It is a truth universally acknowledged, that a single man in possession of a good fortune must be in want of a wife.

You just know from those 23 words, how Jane really feels about this ‘universal truth’. And you could guess how she’ll handle it in the book, right?  BTW, many will argue to the death that this was the best first line ever written. Let’s not go there – we have a lot more to do.

The catalyst is what sets your story in motion.

A knock at the door, a phone call, please, just don’t start with a dream!

“When the doorbell rings at three in the morning, it's never good news.”

“It was a wrong number that started it, the telephone ringing three times in the dead of night, and the voice on the other end asking for someone he was not.”

A simile or metaphor.

“Once upon a time, in a far-off land, I was kidnapped by a gang of fearless yet terrified young men with so much impossible hope beating inside their bodies it burned their very skin and strengthened their will right through their bones.”

“He—for there could be no doubt of his sex, though the fashion of the time did something to disguise it—was in the act of slicing at the head of a Moor which swung from the rafters.”

“The snow in the mountains was melting and Bunny had been dead for several weeks before we understood the gravity of our situation.”

But be careful using this; it’s been used SO much that has to be fresh and intriguing. NO clichés!

“What makes Iago evil? some people ask. I never ask.”

Joan Didion, Play It As It Lays

“If you really want to hear about it, the first thing you’ll probably want to know is where I was born, and what my lousy childhood was like, and how my parents were occupied and all before they had me, and all that David Copperfield kind of crap, but I don’t feel like going into it, if you want to know the truth.”

J.D. Salinger, Catcher in the Rye

The line itself may not mean much, but after reading it, you HAVE to read on!

“Your father picks you up from prison in a stolen Dodge Neon, with an 8-ball of coke in the glove compartment and a hooker named Mandy in the back seat.”

“They shoot the white girl first.”

“There was a boy called Eustace Clarence Scrubb, and he almost deserved it.”

C.S. Lewis, The Voyage of the Dawn Treader

Here’s mine, from The Sweet Spot:

The grief counselor told the group to be grateful for what they had left. After lots of considering, Charla Rae decided she was grateful for the bull semen.

I screwed up with that line. I wasn’t going for funny. I didn’t even know it was funny until, when I read it at a writer’s retreat, Tessa Dare snorted coffee through her nose and almost wet her pants. See, bull semen is a legitimate industry – just as racehorse semen is. See, Charla Rae owns a ranch where they raise and train bucking bulls. The book is emotional, and deals with grief and forgiveness. So, in this case, the first line breaks its promise to readers (unless they know the bull industry). But you know what? When people meet me, they mention that line. They actually remember it. So I can live with that.

I’ve been thinking a lot about first lines, lately. I may not have the perfect first line when I start a book, but if I don’t, it niggles at the back of my mind until I come up with one – even if it’s after I’ve written half the book!

I knew I didn’t have the best first line for my current WIP – it’s a hard-hitting, right to die novel. Here was my first shot at it:

Funny, how knowing the exact time and place of my death makes me exquisitely aware of being alive.

It’s not bad; it raises a question in the reader’s mind. It’s in the voice of an upper-middle class scientist and professor, which the protagonist is.

But I knew it wasn’t a killer first line. Enter the brilliant Margie Lawson. On a Writer’s Cruise (yes, it was as amazing as that sounds), she worked with me on my first scene. Together, we came up with the first line: