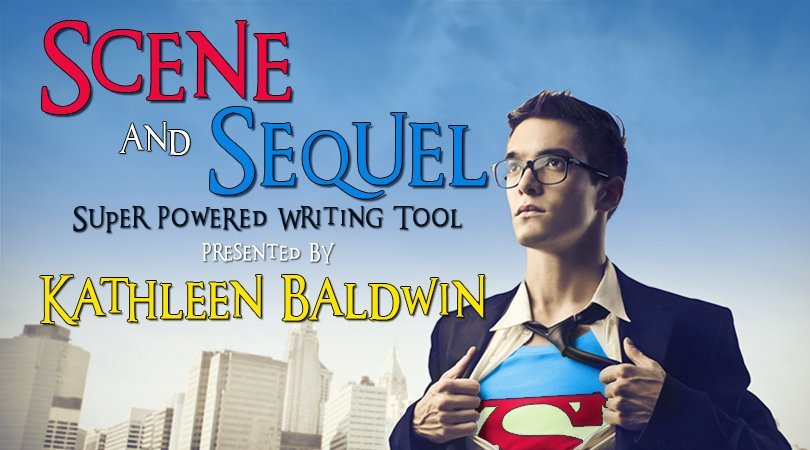 PLEASE NOTE: This is an in-depth, interactive, Intermediate to Advanced level class.

Never write a dull scene again! Scene & Sequel is like a plotting machine--it shifts reader emotions into high gear and keeps your fans turning the pages. Professor Dwight Swain spent decades figuring out which elements made certain books and movies into blockbusters. He and his student and fellow professor, Jack Bickham, wrote more than a hundred successful novels—several were made into blockbuster films. They guided hundreds of other writers to bestselling fame: Louis L'amour, Tony Hillerman, Ken Follett, Jim Butcher, to name only a few.

Scene & Sequel is a SUPER powerful tool! But it can be challenging to grasp—and even tougher to put into action. Good news! Kathleen developed an EASY TO UNDERSTAND method. She distilled the process, and in this hands-on workshop she gives you cheat sheets and examples. She’ll walk you through how to apply the power of Scene and Sequel to your current manuscript.

Scene & Sequel WORKS! Kathleen uses it in her award-winning bestselling novels. To date she has had more than eight producers, screenwriters, and directors vying for options on her latest YA series, A School for Unusual Girls. The first option she agreed to was with a Paramount producer, Ian Bryce, producer of Spiderman, Transformers, Saving Private Ryan, and other notable films.

Kathleen Baldwin has been in the writing business for decades. More than 600,000 copies of her books are in the hands of readers around the globe. A Japanese publisher even made one of her books into a manga.

Her alternate history for teens, A SCHOOL FOR UNUSUAL GIRLS, was a Junior Library Guild selection. The New York Times called it “enticing from the first sentence.” Kansas State NEA gave it a starred review in their “Best of the Best” for High Schools. It was awarded the Spirit of Texas for middle school reading programs. Scholastic licensed her books for school book fairs, and REFUGE FOR MASTERMINDS won a 2018 Booksellers’ Best award. Ian Bryce, producer of Spiderman, Transformers, Saving Private Ryan, and other blockbuster films, optioned the series for film. The series is currently in a third film option.

The Best Class on this Technique I've Taken By Miles

I've had so many people try to explain Scene & Sequel to me over the years, and I sort of got it, but sort of spaced out. Kathleen breaks it down in a way that is both accessible and inspiration. I highly recommend taking this class!