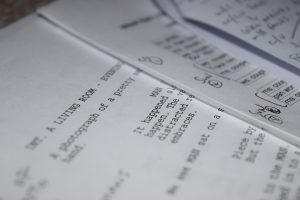 So You Want To Write A Screenplay

If you are reading this blog post, you are most likely a writer, or you would like to be a writer. And that you’re reading this blog post in particular, tells me you probably want to learn how to write a screenplay. Having contemplated that same thought about thirty years ago, let’s see if I can clear up some questions you may have in advance.

Now most, if not all of you, have read at least one novel… But I’d be willing to bet most of you have never read a “Spec Screenplay”. Some of you may have read a “Shooting Script” (what you usually find online.)

“What’s the difference?” you may be asking.

A “Spec Screenplay” is written in speculation of selling it to a producer who will make it into a movie.

A “Shooting Script” is developed from the “Spec” and becomes the blueprint from which we create a movie.

A Spec Screenplay is written to be read… to catch the interest of a reader… to get somebody to buy it.

Unlike a novel, a screenplay takes place in a pre-set time frame: 70 to 110 pages.

In 1975 the movie, “Three Days of the Condor” was released. It was a political thriller film directed by Sydney Pollack and starring Robert Redford, Faye Dunaway, and Cliff Robertson. The screenplay by Lorenzo Semple Jr. and David Rayfiel was adapted from the 1974 novel Six Days of the Condor by James Grady. The book was a short novel, about 234 pages long, around 50,000 words. While the screenplay was around 118 pages or approximately 21,240 words.

Why am I telling you this? To show you that when adapting a novel, you must remember: You can’t get 4 pounds of S…tuff in a 2 pound bag.

Another thing about Screenwriting you should know:

A “Screenplay” is the adaptation of a “Story” to the screen.

Think about that. What’s that mean? A “Story” adapted to the screen?

If I were writing a novel, I would take a story idea and start writing. Not so with a screenplay. Remember: “A 'Story' adapted to the screen.”

“What if one of a set of Siamese Twins was accused of murder?” isn’t a story. It’s a story idea.

In order to write a screenplay, you first have to write a story. We screenwriters call that developing a “treatment.”

Another thing you have to remember, when you begin scripting your treatment (writing your screenplay): “Always write visually.”

Another thing to add to your list of things to remember: Try to limit your action paragraphs to no more than four lines or less.

The best screenwriters keep their action description at two lines per paragraph throughout most of the script. Shorter paragraphs create “White Space” on the page. Why is that important? You are writing a Spec Script, a screenplay you hope will catch the eye of a producer who will buy your creation and turn it into a movie. But you see, before the Producer sees your screenplay, it has to impress a reader enough that the reader will pass it on to the producer with a recommendation.

These readers are inundated with scripts: piles of scripts on their desk, piles of scripts at home. They really don’t want to read your script. They would rather go on a date and drink beer, but they are stuck reading your script. And if they open that script and it looks like a novel, every page crammed full, little or no white space, if it’s full of typos, or it’s not formatted properly… Without hesitation, they will deposit your masterpiece, the next Oscar Winner, in the old “round-file” with only the slightest cursory look.

Always do a rewrite and remember: White space is your BFF. 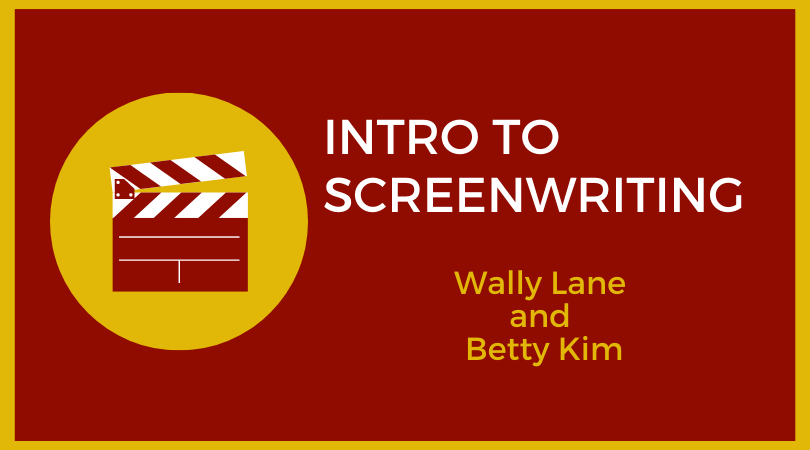 Are you an author of a book that you'd like to turn into a movie?...

So, you have an idea for a comedy screenplay? Are you in the middle of...