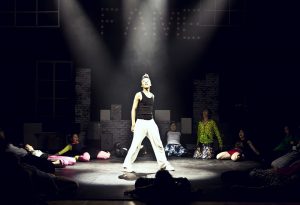 The Power of the Monologue

Writing great dialogue is about so much more than the words the characters are speaking. When done right, it manipulates emotions in both the book characters and the readers. As such, learning to write sparkly dialogue is something every author should spend time analyzing. When you do this, you’re going to discover there are techniques that you can purposefully use to achieve fabulous outcomes.

On a wall in my office, I have a large canvas with 26 dialogue techniques printed out on it. They are the ones I learned when studying the subject and now teach in a writing class at Lawson Writers Academy. One of my favorites of those is the well-placed monologue. Funny story – this technique isn’t printed on my canvas but is instead represented via a sticky note, because I learned it after the canvas was printed. And, if you want to get nitpicky, it’s not an actual dialogue technique but instead a powerful comingling of techniques.

That being said, I think, because of its power to create a spectacle scene in your manuscript, it should be taught as a technique. A spectacle scene is a scene that the reader remembers long after they have finished the book.

A monologue is when a character gets carried away in what they’re saying. Emotion has them by the throat and they are not going to shut up until all of that emotion has been spewed. The type of emotion is up to the writer and the situation. Any emotion can work. This intense emotion has caused your character to start speaking, and it takes a while for their brain to tell them it’s time to wrap things up and let someone else talk.

Television is a great place to find examples of tremendous, over-the-top monologues. If you’re a fan of shows written by Shonda Rhimes, you’ve been introduced to the power of the monologue. Shows like: Greys Anatomy, Scandal, How to Get Away with Murder, and Bridgerton. In a TV show, a monologue is when a character goes on a three-minutes (or more) impassioned spiel about something.

If you’ve watched the series Scandal, you know exactly what I’m talking about when I say Oliva Pope and her father are the royalty of the cut-them-to-the-core monologue.

Monologues don’t just work on the screen. They can also be masterfully used in your books. In a book, a monologue would be considered when a character’s impassioned dialogue takes up at least four lines. Four lines is equivalent to a mini-monologue as opposed to a major-monologue which can go on for more than a page.

Unfortunately, during edits, my monologue had to be cut. Cue sad, sad music. But it’s not forever loss. It’s something I offer to the readers of that book as an incentive to sign up for my newsletter. If they click on the link at the back of the book, it takes them to a sign-up page and once they’ve done that, they are given access to my character’s cut monologue. But I digress.

A lot of monologues are kicked off by a character picking up on a word or phrase another character has spoken and running with it. For whatever reason, that word triggered great passion in the one who goes into a monologue response. In my cut monologue from: It’s a Curse Thing the fervent response was inspired by a trigger phrase. The heroine asks the hero: “Well, what exactly do you believe in?” His response: “Well, I believe in second chances, one-night stands, the sweet grip…” As I said, his I-believes go on for eight steamy written lines.

While trigger words are a handy tool to use when wanting to kick off a monologue, it’s not the only way.

Below is an example from Scandal. This major-monologue comes from an episode titled: You are a boy. I’m a man. Season 3, episode 10.

The speaker is Rowan Pope and the emotion fueling it is anger. He’s speaking to the guy who has the audacity to think himself worthy of his daughter:

“You’re a funny, funny man. Or should I say boy? You’re a BOY! You’ve been coddled and cared for and pampered and hugged. For you, it’s always summertime and living is easy, and daddy’s rich and your mamma’s good looking. You’re a Grant. You’ve got money in your blood. But YOU. ARE. A. BOY. I’m a man! I’ve worked for every single thing I have ever received. I have fought and scraped and bled for every inch of ground I walk on. I’m the first in my family to go to college.

My daughter went to boarding school with the children of kings! I MADE THAT HAPPEN. YOU cried yourself to sleep because daddy hurt your feelings because papa banged his secretary. Because it hurt to have so much money. SPOILED, ENTITLED, UNGRATEFUL, little brat. You have everything handed to you on a silver platter and you squander it. You’re given the world and you can’t appreciate it because you haven’t had to work for anything. So now, you’ve decided that the one thing that you want is my daughter. My child. Mine. What I made. What I created.

You can talk about what a great lay she is to try to get a response from me but guess what? I am actually quite literally above your pay grade which means that I know that you believe that you are in love with her. You love that she is a door marked exit. You love that she is your way out. Because if you are with Olivia Pope, you don’t have to fulfill your father’s dream of being president. If you are with Olivia Pope, you no longer have to be your father’s son. An apple never falls too far from the tree. You are always going to be Senator Grant’s disappointing Boy, Fitz. Don’t use the person that I made to make you into a man. You are a boy.” (322 words)

Read the monologue above out loud and listen to the rhythm. Do you hear the catchy cadence? The tempo makes it powerful. When writing a monologue, read it out loud in the emotion your character is speaking and make sure it’s potent. Are the pauses where they need to be. Are you using a combination of full sentences, incomplete sentences, long ones, short ones, etc.? Rhythm, rhythm, rhythm. If you’re going to do a monologue, you have to go all in. Nothing short of perfection will work. Why? Simple – If it’s not powerful, it’s boring, and your readers will skip it.(click to Tweet)

Monologues, by definition, are lengthy. But they are not all the same length. You can have effective mini-monologues. Below is an example of a short one that is also powerful. It’s from Gray’s Anatomy – Season 2 Episode 4

“I lied. I’m not out of this relationship. I’m in. I’m so in, it’s humiliating because here I am begging. Ok, here it is. Your choice, it’s simple: her or me.

And I’m sure she’s really great… But Derek, I love you. In a really big, pretend to like your taste in music, let you eat the last piece of cheesecake, hold a radio over my head outside your window unfortunate way that makes me hate you, love you.

Don’t dilute the power of a monologue by throwing a lot of them into a manuscript. One major monologue a manuscript is plenty. Maybe, if you just have too, you could get away with a major and a mini.

AND, if you’re going to do a monologue that takes up a page and a half in your book, it needs to be happening at a major turning point.

Now that you know what the monologue technique is, I challenge you to look at your current WIP and decide where you too could add one. If you already have one in your manuscript, share the opening line of it in the comments.

Lisa Wells writes romantic comedy with enough steam to fog your eyeglasses, your brain, and sometimes your Kindle screen. On the other hand, her eighty-year-old mother-in-law has read Lisa’s steamiest book and lived to offer her commentary. Which went something like this: You used words I’ve never heard of…

She lives in Missouri with her husband and slightly-chunky rescue dog. Lisa loves dark chocolate, red wine, and those rare mornings when her skinny jeans fit. Which isn’t often, considering the first two entries on her love-it list.

To learn more about all of Lisa’s books, visit: 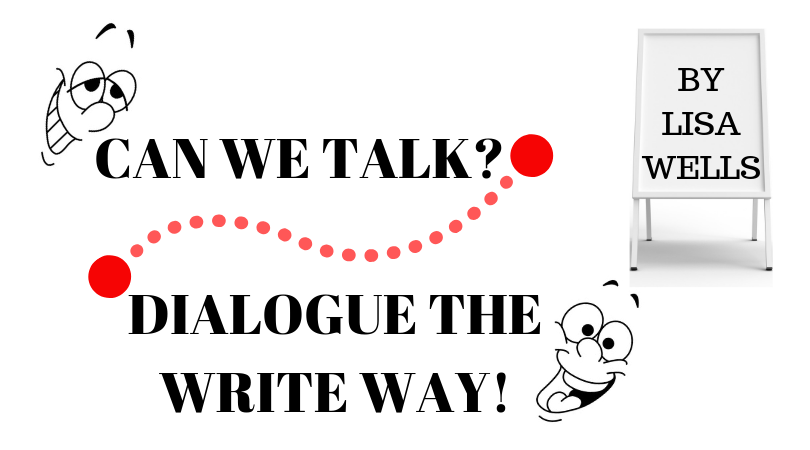 Can We Talk? Dialogue the Write Way

How to Write Dialogue with a Psychological Punch A proven way to improve any manuscript.  Learn how to craft dialogue that carries power! What You'll Learn Dialogue Challenge …
Read More 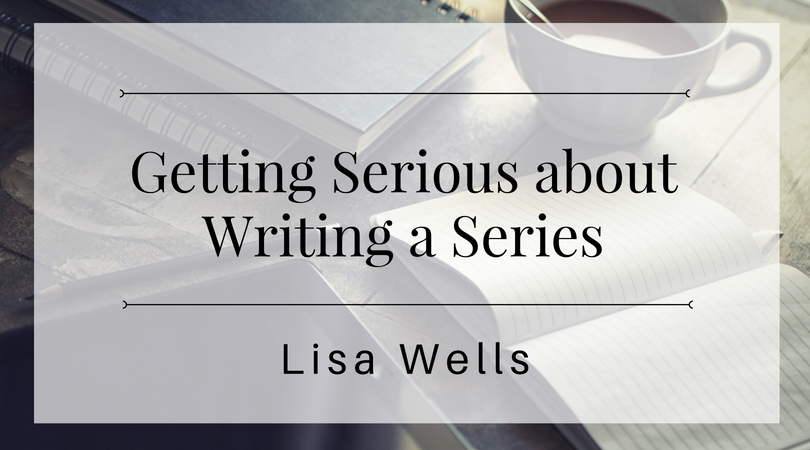 Getting Serious about Writing a Series

Learn the musts of writing a series! In this course, you will design your series bible, create the eleven items it must include (listed below), and …
Read More 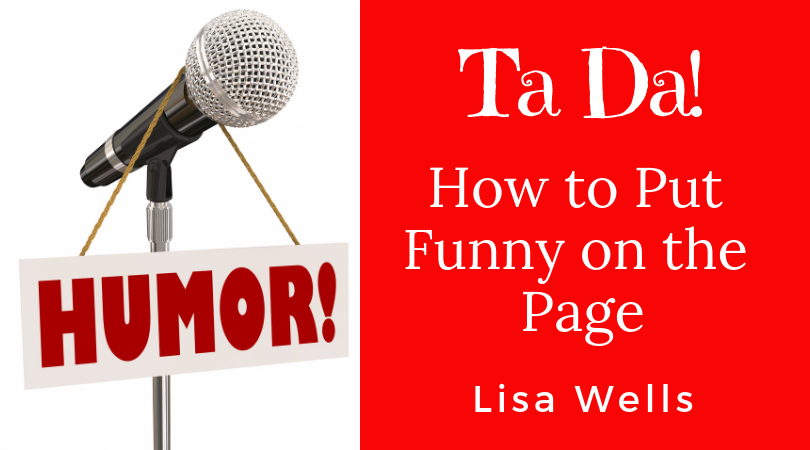 Ta Da! How to put Funny on the Page

Slam your elbow on a table top and you’ll get up close and strip-down, naked personal with the location of your funny bone. Unfortunately, you’ll …
Read More 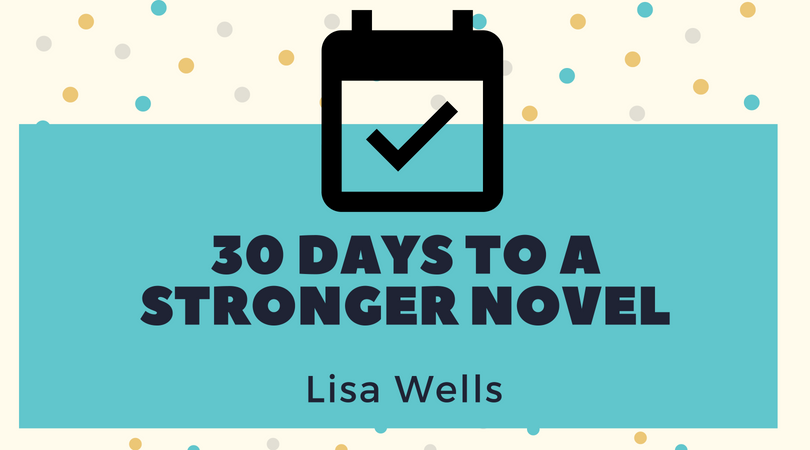 30 Days to a Stronger Novel

“CHANGE IS SUCH HARD WORK…” BILLY CRYSTAL Change is hard work. But that’s what it takes if you’re trying to land an agent or a contract …
Read More
Share:

2 comments on “The Power of the Monologue”