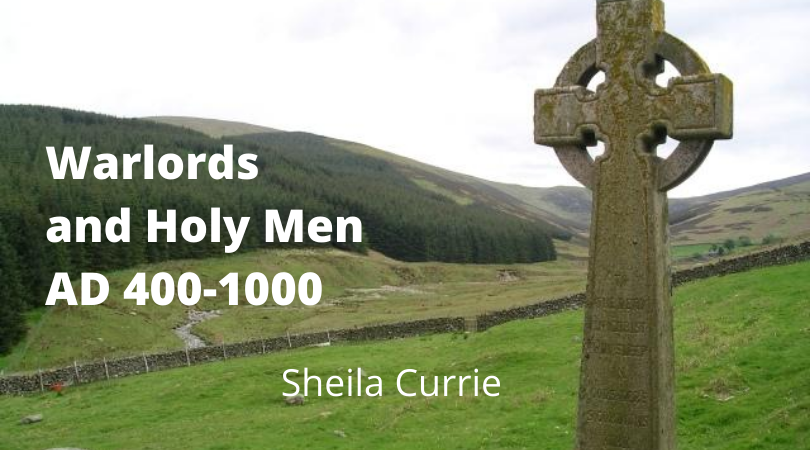 Scotland and Ireland loved their heroes in the Early Middle Ages. On many a winter night people sat round a central fire listening to stories from myths and legends--the mini series of the era. They battled their enemies and dodged wicked spells. They wooed and won fair maids. The greatest Gaelic epic celebrates a cattle raid. Raids were good—there were rules and regulations to make sure there were enough animals for another year.

This course will look at what it was like in early Scotland and Ireland. Before Christianity. How important were druids? What was the attraction of Christianity? How did those hero-loving folk learn to accommodate the new religion to their traditions? And when Ireland and Scotland became Christian, what happened to the druids?

The vikings established towns on the sea coasts of Ireland and became the rulers of the Northern and Western Isles of Scotland. It was a nervous time. A Christian prayer ends:

‘And from the fury of the Northmen, Lord protect us’.

In this course you’ll see how the peoples of Ireland and Scotland Gaelicised the Norse raiders and absorbed them into their society. You won’t believe how many Irish and Scottish names are Norse in origin.

At the end of this course, you should know something of the history, society, religion and daily life of early historical Scotland and Ireland.