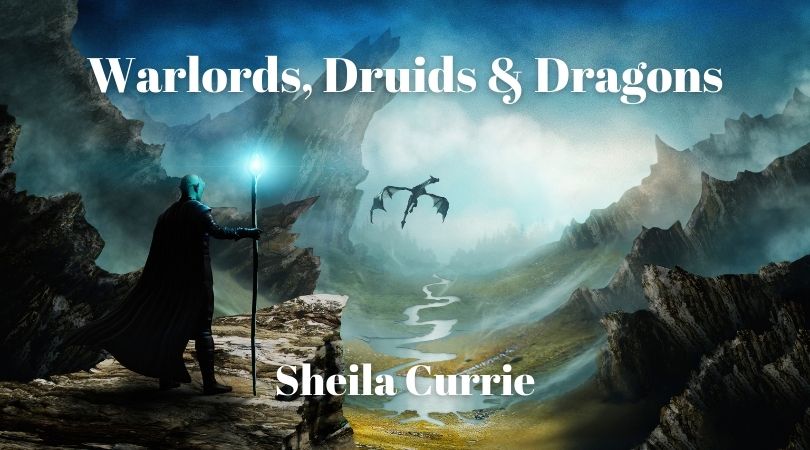 Where is the road to a New York Times bestseller? Let me point you in the right direction—write a fantasy! Different sources of fantasy have inspired a torrent of novels and films. I’m sure you’re familiar with Rowling’s Harry Potter novels or G.R.R. Martin’s Game of Thrones. Or perhaps you’ve read Guy Gavriel Kay’s The Lions of Alrassan or The Last Light of the Sun? Jack Whyte wrote histories of royal courts with complicated relationships between a royal family and their nobles. All very byzantine.

Yet, there are oceans of supernatural creatures and people who know just how to wield magic power without a single novel to tell their stories. Most fantasies are influenced by Old English, Celtic or Norse traditions; this course will concentrate on those origins. But there are the stories of Dracula and vampires set in Transylvania, Romania. This course may inspire you to create a new subgenre!

You must still have what most readers expect: a structure with a major character who has a problem or a need. You tell the same stories in different ways. (You may have heard that once or twice before.) A fantasy will have all sorts of supernatural people and creatures. Tolkien’s books are chockablock with hobbits, elves, orcs and dragons; you get your fill of engaging characters in his books. In the novels of GRR Martin and Guy Gabriel Kay, you have palace intrigues galore. Where did all that inspiration come from?

Your task will be to find original magic for your fantasy. Create a world rich in detail, at least initially, and capture the reader in this world. But don’t betray that world. If a creature exists at the beginning, it must exist at the end unless you’ve had a mass extinction. Whatever they are, humanoid, animal or alien, whatever their language and culture, the main characters must have some human characteristics which appeal to (human) readers.

European tales called märchen are of ancient origin, and you may read about old birth and marriage customs or unusual forms of inheritance. The hero, often poor, can gain an audience with kings and may win the hand of the king’s daughter in marriage. And live happily ever after, of course. When you read these stories, you immediately think of the Middle Ages. But imagine the same story told in the Elizabethan era or the Roaring Twenties or the indeterminate future. Add a leprechaun or a nice banshee. (I like banshees.) Or a talking tree, a malevolent robin or a kindly old alien. And stir.

Each lesson will challenge you with questions or exercises & discussions which will help you write your fantasy novel.

Research and Knowledge at its Best

You need this class if you are interested in Warlords, Druids and Dragons. Shelia provides you with the information you need to inspire your creativity. She also provides resources to her research to further your understanding of what interests you.

I also loved the Optional Research assignments that helped me dig a little deeper and served as so good writing prompts.

Trust me you won't be disappointed!