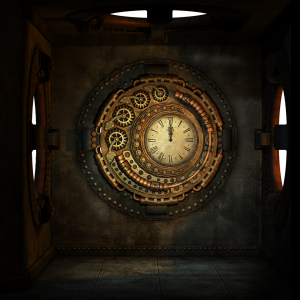 What If Hitler Had Won? Musing About Alternate History

The course of human events is fragile. Historians, like myself, argue that there is no great plan to history. People do make things happen, but more often than not, chance and a little luck can alter the future. The road behind us is not straight, or even curved. It is crooked and makes frequent right turns. Looking back over recorded history, there have been several turning points where, I would argue, history turned on a dime. If things went a different way, the United States of America would be the Confederate States of America, the world could have been irradiated by a nuclear war, or numerous totalitarian regimes could have conquered free and democratic nations.

What is Alternate History?

Alternate history uses the real past to invent a past and present that never was. Unlike other forms of science and speculative fiction that use pure imagination and the laws of the physical world to create wondrous narratives and universes, alternate history uses the past and twists it to imagine what might have been. Sometimes this can be merely thought-provoking, or it can be the stuff of nightmares.

Take one of the most horrendous periods in modern history: Nazi Germany and the Second World War. Several books have been written about “what ifs” like what would have happened if the Nazis had won the Battle of Moscow, or if after Pearl Harbor Adolf Hitler decided not to declare war on the United States. Such musings also include scenarios where the Nazis successfully invaded Great Britain and ended the war with the Allies soon after it began. Some military historians use discarded war plans and other data to suggest counterfactual histories that might have occurred after battles had been lost.

While many of the novels, films, and video games about a fake Hitler victory include fanciful elements like Nazi moon bases and super-soldiers, other elements include historical events and details to make their worlds appear more real. Details about Hitler’s actual regime can be found in books about Nazi Germany by historians like Richard Evans. German plans for the invasion of Britain have been published in book form. There is even a book about the history of Nazi alternate histories called The World Hitler Never Made by Gavriel D. Rosenfeld.

Robert Harris’ Fatherland is a good example of blending imagination with reality. The novel and the HBO film based on it use actual plans for the reconstruction of Berlin after Hitler’s regime won the war, the city to be renamed “Germania”. Nazi Minister Albert Speer worked on the designs, but Hitler himself was responsible for some of them. Among the massive buildings planned, the Volkshalle, or “People’s Hall” would have been so large that it could seat 150,000 people at once and the condensation from their breath would give the building its own weather. While other landmarks in Berlin/Germania, like the massive “Triumphal Arch”, were never completed, the New Reich Chancellery was, only to be destroyed in the Allied bombings and invasion at the end of the war. Harris’ work was not the only alternate history to have used Germania: the Amazon TV series The Man in the High Castle has also shown a representation of the city.

It is details like these that make alternate history fascinating and feel real. To a historian, alternate history novels that invent details feel jarring, like a song played out of tune. To use one example, the novel Back in the USSA by Kim Newman and Eugene Byrne imagines a Bolshevik-style Revolution taking place in the United States instead of Czarist Russia. Instead of Lenin and Stalin, the leaders of this revolution are perennial presidential candidate Socialist Eugene V. Debs–and famed gangster Al Capone? Yes, Joseph Stalin was ruthless and had robbed banks for the Bolshevik Party, but Capone had no connection to communism, let alone politics. The assumption that dedicated socialist revolutionaries in the United States would step aside for a common gangster seems too far-fetched, at least to me. Alternate history novels can provide thrills by inserting real people into a different past, but authors should consider whether the people you use would perform the actions you write for them.