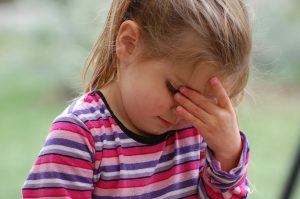 What Size Are Your Sighs?

In real life, a sigh always means something. It carries a psychological message.

But writers often plop a plain sigh on the page without sharing that all-critical subtext.

We’ve all read these overused sighs.

If a sigh is worth writing, share the feeling behind it. Don’t just share the action of sighing.

Ask yourself, “What feeling do I want to share with the reader here?”

You may realize that some of the time that sigh was used as a beat or to tag dialogue. You could nix that sigh and share something else.

I’ll analyze sighs from some Immersion Grads and share some goodies you can use.

Please read the examples out loud. With feeling. You’ll hear the powerful cadence.

A Duke, the Lady, and a Baby, Vanessa Riley, 5-Time Immersion Grad

Vanessa Riley could have written:

1. Deeply sighing, he relaxed and let the strain of the chase fall away.

Kimberly Belle could have written:

1. I sigh, a hard huff filled with resentment and something sharper, something that gnaws at me like hunger—but for revenge.

BTW—One of my webinars is Game-Changing Power: Sharing Impact on the POV Character. Just had to share. Now you know.

2. I can’t stay in the house, not with Ma’s weighted sighs and worried stares.

Steena Holmes could have written:

I released a heavy sigh.

2. He sighed, the sound similar to the wind that blew through a haunted forest. Eerie. Heavy. Dreadful.

1. She sighs, as if the answer should be obvious.

Luna Joya could have written:

She heaved a sigh.

1. She heaved a sigh that shoved her breasts up and forward. How long had she practiced that move?

2. She made a happy sigh that shot through him, one he wanted to hear again and again. She couldn’t hate him forever.

I sighed, a sigh of someone who knows when they’ve made the wrong choice but can’t make the right one.

1. Not one to let a foe seize the upper ground, he released an exasperated sigh and stood to his full height of sexy feet.

2. He released an annoyed sigh, drawing it out as though he were competing for Miss Drama Queen, USA.

These authors could have just written basic sighs.

Darynda Jones could have just written:

He released an annoyed sigh.

He released an annoyed sigh, drawing it out as though he were competing for Miss Drama Queen, USA.

What if you did a FIND on sigh in your WIP?

What do you think you’d find?

You may find you need to nix or fix.

Want to do that FIND?

You’ve seen some ways to make your sighs fresh.

Those are just a few deep editing goodies I teach to make your writing stronger.

I teach 3,752 other deep editing goodies too.

That could be hyperbole. Or not.

I believe every word in your WIP counts. Pay attention to everything, including the size of your sighs.

Remember, if a sigh is worth writing, share what motivated it. Put that feeling on the page.

Margie Lawson left a career in psychology to focus on her true passion—helping writers make their stories, characters, and words strong. Tired of the same old writing rules and tools? Try something new.

Using a psychologically based, deep-editing approach, Margie teaches writers how to bring emotion to the page. Emotion equals power. And power not only grabs readers, it holds onto them until the end. Many Margie grads have gone on to win awards, find agents, sign with publishers, and hit bestseller lists.

As an international presenter, Margie has taught over 150 full day master classes in the U.S., Canada, Australia, New Zealand, and France, as well as multi-day intensives on cruise ships in the Caribbean. Pre-COVID, she taught 5-day Immersion Master Classes across the U.S. and Canada and in seven cities in Australia too.

COVID Update: Immersion Master Classes are now virtual, taught through Zoom. Virtual Immersion classes are limited to six writers. They're two days long with two big topics--and as always, writers get one on one deep editing with Margie.

She also founded Lawson Writer's Academy, where you’ll find over 30 instructors teaching online courses through her website. To learn more, sign up for Margie’s newsletter.